Ikaria is well-known for the impressive longevity of its people. The secret to living a long and healthy life is eating nine foods typical in the diet of Ikarians, according to a report on Well+Good, a healthy living website, citing Blue Zones expert Dan Buettner who recommends eating like the Ikarians.

Blue Zones are regions of the world where Buettner claims people live much longer than average and the term first appeared in his November 2005 National Geographic magazine cover story, The Secrets of a Long Life. Buettner noted that the five regions are Okinawa, Japan; Sardinia, Italy; Nicoya, Costa Rica; Ikaria, Greece; and among the Seventh-day Adventists living in Loma Linda, California.

The nine healthy Greek foods help ensure Ikaria has a high percentage of centenarians among its population without chronic illnesses associated with aging such as dementia, cancer, and depression.

The nine foods are as follows:

Wild greens, including dandelions and purslane, are eaten seasonally, and are not sprayed with pesticides, Well+Good reported.

Black-eyed peas, “the overlooked legume” according to Well+Good’s report, are full of magnesium and iron. One of the fastest cooking of the legumes, skip the can, and buy dried black-eyed peas which are not only more affordable, they don’t have the added sodium of the canned version.

Lemon “revs up your metabolism and helps with digestion. Pro tip: use the peel, too. It’s high in calcium, potassium, and vitamin C,” Well+Good reported.

Chickpeas, full of fiber and protein, are most commonly served in soups but can also make a great addition to salads and meat-free meals or as hummus.

Coffee is also full of antioxidants that are associated with reducing inflammation.

Honey has a long history in Greece as a health food and for its antibacterial and antimicrobial qualities. It is also high in antioxidants. 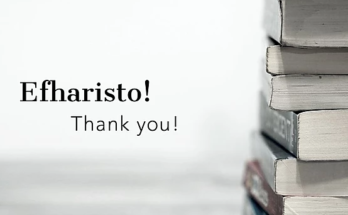 Eucharisto – Efharisto – Thank you – Greek Word Of The Day 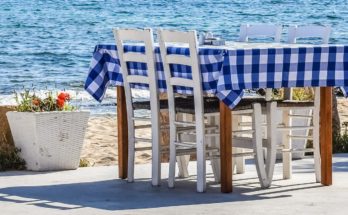