Tip #1 Downwind steering in strong winds, while running, can be a challenge, the big worry is broaching. Broaching up to windward is one thing, but the Chinese Gybe broach is the really frightening and sometimes dangerous result. Older IOR style boats love to roll downwind and this Chinese Gybe can often occur. To try and reduce this happening, first try and ensure you don’t have too much power on the windward side while running. That means leave the pole forward a bit, oversheet the spinnaker sheet, maybe keep your crew on the leeward side. Also, it is very important to have your Vang (kicker) tight, because if not the balance of the boat is too strong to the windward side, where the spinnaker is.

Lee helm is the big issue in these conditions and the big mistake, when you feel lee helm, is to react by continuously applying further lee helm pressure as, eventually, the rudder will stall, and the Chinese broach is then inevitable. Best, when you feel this lee helm becoming very heavy, is to pull the helm the other way for a second, which allows flow to attach again to the rudder, then push the helm hard. This is best practised outside of a race first to get used to it.

Tip #2 Gybing in strong winds. This is another worry for many helms and it shouldn’t be that hard if you prepare. Always make sure you have, what will be your new sheet, well strapped down before the gybe. If you use twinning lines, get them fully down. This means you don’t come out of the gybe with your spinnaker all over the place. Try and pick a moment to start the gybe when the helm is fairly neutral. If possible do the gybe on a wave, as the boat is steadier at speed when the apparent wind is less. Then move the helm and get the mainsheet man to whip the main over. Important after the boom gets to the new side that you have adjusted the helm to approximately where you expect the new gybe angle to be. If the boom hits the new side before you get to this, you are in danger of a Chinese Gybe again. After the gybe, and before the pole gets set, if the spinnaker makes a big swing to windward, follow it with the helm, otherwise, the balance of the boat could get too strong on the windward side.

Tip #3 When hoisting, especially in stronger winds, going onto a run, Initially bear away hard, but not to a fully downwind state. Remember the spinnaker won’t fill until you can get wind into it, so bearing away to a broad reach first is best, then when the wind fills the spinnaker around the forestay (hopefully the pole is being pulled back) it should fill with a big swoosh. As you are not fully downwind, then the risk of a Chinese Gybe is not as strong. Once it fills, then slowly bear away to the near running angle that is best for  Velocity Made Good (VMG), all the time ensuring that the items mentioned in Tip No 1 above are adhered to.

Tip #4 Similar to Tip no 1, broaching to windward when reaching can be reduced if you don’t allow the helm to stall. So, let us say you are reaching with the pole near the forestay, and you get a gust. The boat heels, your trimmer tries to ease the mainsail and spinnaker a bit, but she still feels like she is going to lose control and broach to windward. Much of this is caused because you will be continuously applying additional helm as the gust hits. If you get to the stage that is is going to happen, centralise the helm a bit for a second or so. Then try and pull her away again fairly aggressively. This allows flow to attach again to the rudder and the second effort may now be successful. If it is not successful, and it does broach up, then ensure you centralise the helm again. This allows the boat to bear away while the sail is flapping as the flow will again have been attached to the rudder. The biggest mistake with helms, especially when using a wheel, is they keep progressively adding further helm, and when the boat broaches, they then keep the helm hard over. You must centralise it and get the flow back.

“In light airs, getting the right downwind angle is all important”

Tip #5 In light airs, getting the right downwind angle is all important. Go higher and you will go faster but will take a longer route. Go lower and you will slow, but it is a straighter route. The best VMG  is normally achieved by the angle where your spinnaker sheet just ceases to be floppy and tensions up. That is why the spinnaker trimmer, in reality, should be the main person to dictate how the Helm drives the boat downwind. He must continuously be talking to his helm and when he feels little pressure in the sheet, he asks him to come up closer to the wind. When he feels a lot of pressure in the sheet, he asks him to come down.

Tip #6 I mentioned VMG above. Most instruments systems allow you to put VMG up on a readout, if you want it. The information VMG uses is our masthead wind angle and boat speed to work out your fastest angle. Going upwind VMG will be all positive, as you are trying to head to the wind. However downwind VMG will always show negatives, as you are trying to head away from the wind at the fastest angle. Upwind VMG is not very accurate, as VMG does not take into account leeway, so upwind the fastest VMG angle on the instruments always seems to show powering off at speed as the best option. However powering off at speed causes a lot of leeway, and this powering off option does not reflect this on VMG. If upwind, you try and sail very high, your VMG readout will not look as good as the powering off option, but normally it is the better option.

That brings me back to using VMG downwind. As you are not heeling much when running, then VMG on your instruments is quite accurate. So you can try different levels of sailing deep to see which one is giving the Best(negative) VMG figure. Remember though, Your instruments need to be reasonably calibrated to make this work for you.

Tip #7 When Running downwind in light airs, try and keep all the weight out of the stern. Even the helm should try and move forward as far as he/she can. There is a lot of wetted surface area in the stern of a Yacht that will slow the boat down if it is allowed to connect with the water, especially in sloppy, wavey conditions. Remember the sterns of boats are designed a bit wide to give you stability in stronger winds. These sterns are also designed for speed in lighter airs, but only when the larger bit is out of the water. Too often I see large numbers of crew sitting in the cockpit downwind in light airs. They should be up as close to the mast and shrouds as possible to get the stern out of the water.

Tip #8 Unless there is a tidal reason or you are expecting a wind shift, or you are expecting more wind on one side, it is normally better to go down a run, initially, on whatever is the gybe that gets you closest to where you want to go. Going out to one side for a while, gybing and then having the long leg down to the mark rarely works. This is because if there is a wind shift down the longer leg, you have no room to gybe because you are effectively on the layline. Also if a gust comes in, which might allow you to sail deeper, there is no benefit if you are already on your lay line.

Tip #9 Always, while going upwind, be thinking about your next downwind. Which is the gaining downwind gybe?, what side did I take down the spinnaker?. Do I need to change it to the other side?. Likewise going Downwind, you need to be thinking which side do I take down the Spinnaker to make sure it is on the correct side to be ready for the next likely downwind. Often, It is better to go through an awkward windward or leeward spinnaker takedown, to ensure you don’t have to send people down to leeward while going upwind to change the spinnaker gear around.

“Being able to gybe quickly cannot just save time, it can actually make you faster”

If in doubt, always take the spinnaker down on the port side, as most windward marks are port rounding and mostly they are bear away sets. Also if in doubt, always bear away at the top mark and go on for a short while at least, in order to get you clear of the bad wind that always is a feature at a windward mark. To gybe early onto port, puts you into this bad wind and also puts you at a disadvantage as the Give way boat(as you are on port Gybe). My Normal practice is to get around the top mark, try and keep my wind clear of the next boat, but still go as deep as I can. Then after a minute or so, if boats are pushing up into your wind and if a gap appears to leeward, then a gybe to clear your air for a minute or two can be a good option. You can come back on Starboard after that, leaving all the guys to the right to mess each other up. It also sets you up to the left of most of the fleet, so if port gybe boats come across, they have to give way to you who are now again on starboard. The key to all of this is always after rounding to set up immediately for the gybe. This must be happening straight away after the spinnaker hits the masthead, even before the Jib is fully down.

Tip #10—Practice, Practice, Practice. Being able to gybe quickly and efficiently cannot just save time, it can actually make you faster. On most boats up to about 40 feet, roll gybing (crew moving in unison all from one side to the new weather side) can see you coming out of the gybe as quick as when you go in and because you are turning the boat downwind, you improve VMG while the gybe is happening. Also being able to Gybe quickly allows you tactical choices that you might not have if you are slow at gybing. A good practice routine is to round a weather mark without a pole, get the spinnaker filling by holding out the weather guy by hand and then roll into a gybe in a matter of seconds, setting the sheets so that it stays filling all the time. Then do a series of Gybes, preferably roll gybes, without any pole. This teaches everyone the importance of correct weight positioning on the boat and the importance of Steering through the Gybe onto the new correct angle.

How do Hurricanes Affect Marine Life? 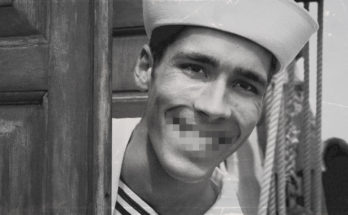